Culture
Coffee in Cyprus: what makes it special and where to try it
7355

Coffee is undoubtedly one of the most popular drinks on the island, valued equally by locals and tourists. What is traditional Cyprus coffee, how is it served, and where can one try it? Read further if you want to find out.

Cypriot «kafenes» as a social phenomenon

A cup of coffee for a Cypriot is primarily a ritual, which does not necessarily have to take place in the morning: a lot of people on the island enjoy their afternoon or even evening coffee as well. The most important thing about coffee for a Cypriot is a mystery of communication that it inspires. Long conversations with dear friends and witty small talks with neighbors — it seems that coffee makes it all happen. A coffee shop in Cyprus is a spontaneous thing, which can appear next to the grocery store or any other place. A couple of tables are enough for Cypriots to enjoy a conversation and a cup of coffee.

But there should be a lot of chairs. And here is why: a coffee ritual in Cyprus involves three chairs: one to sit on, one to put legs on, and one — for a cup of coffee and a glass of water.

One more particularity of coffee culture in Cyprus (which is not really an issue nowadays, but is nevertheless worth mentioning) is that for a long time, till the beginning of the 21st century, only men were allowed to visit coffee shops on the island. The first coffee shop for women was opened in Cyprus in 2003. Today both men and women can drink coffee wherever they want, but the tradition somehow survives: while women continue gathering for a cup of coffee at home, men tend to go to a «kafenos».

Traditional Cypriot coffee: what is it?

To brew traditional coffee, Cypriots use fine-ground robusta beans (2-3 tea spoons) and 50ml of water. A certain type of a Turkish coffee brewing pot — the one narrowing at the top — is the only one Cypriots believe can guarantee the right cream consistency. Coffee on the island is usually served with a glass of cold still water.

There are four ways of brewing coffee in Cyprus: «sekto» — traditional coffee without sugar, «metrio» — coffee with one teaspoon of sugar, which is always added during brewing, «glico» — very sweet coffee, and «frappe» — cold instant coffee with ice and whipped milk cream. This drink was accidentally invented in the middle of the 20th century: Dimitris Vakondios, the employee of the Nestle company, who had been taking part in an international coffee exhibition in Thessaloniki, could not find hot water to make instant coffee, and decided to try using cold water and a shaker to make his drink.

Of course, you can find international coffee chains in Cyprus as well. Visit Starbucks to order cappuccino and latte the way you like them, but remember that small traditional coffee shops are the only way to experience Cypriot coffee culture in its fullness.

Where to find traditional coffee shops in Cyprus?

There are lots of small «kafenes» and taverns in Limassol. Traditional coffee and tea and home-made pasties are served, for example, at Sto Dromo, Maritsa, and Mallon Glikis.

The Sailor's Rest Lounge Bar restaurant is located on a wooden pier in Limassol. Cold frappe and cordon bleu desserts are served here, as well as many seafood dishes. The Stretto cafe is located in the Old Town, next to the Medieval castle: more than 10 coffee drinks are on the menu.

If you are in Nicosia, visit the Kanara cafe to drink a sceto among locals. The Coffee Island is a Nicosia coffee chain, where customers can not only drink traditional coffee but also buy beans to brew coffee at home. There are also several cozy European style coffee shops in the capital of Cyprus: one of them is called Menta Speciality Coffee.

Unusual frappe with fresh berries is served at the Anassa Hotel not far from Paphos. The Grafico Cafe located next to the Paphos city market is famous for its unique coffee drinks brewed by the owner.

If you are visiting small Cypriot villages, be sure to find a traditional coffee shop on the main street. Historically, there at least several «kafenes» even in the smallest village on the island — there should be a place to gather for people of different views and political opinions.

The most popular mass market coffee chains in Cyprus, the country, where people drink 4 kilos of coffee per capita every year, are Starbucks and Costa Coffee, where customers can always count on a big mug of their favorite drink and a sandwich. These coffee shops usually open early in the morning, when most of «kafenes» owners are still asleep. 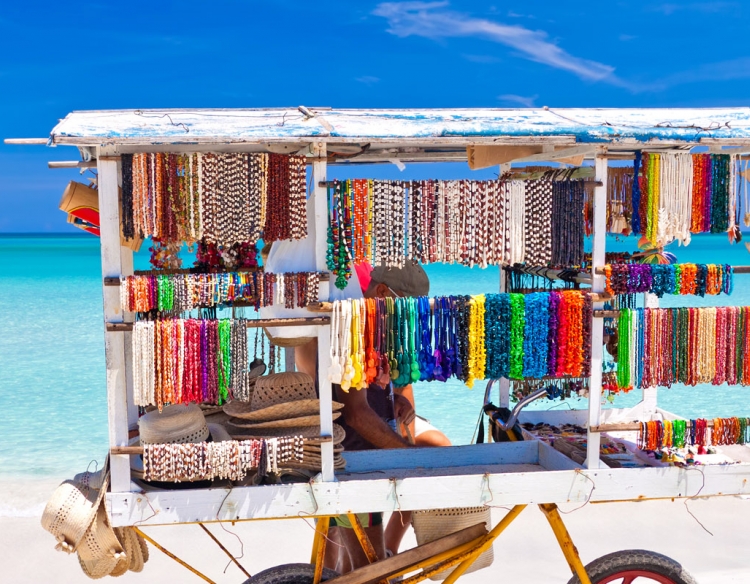 Fun
The best souvenirs to take home from Cyprus
What to bring home from vacation in Cyprus?
45152 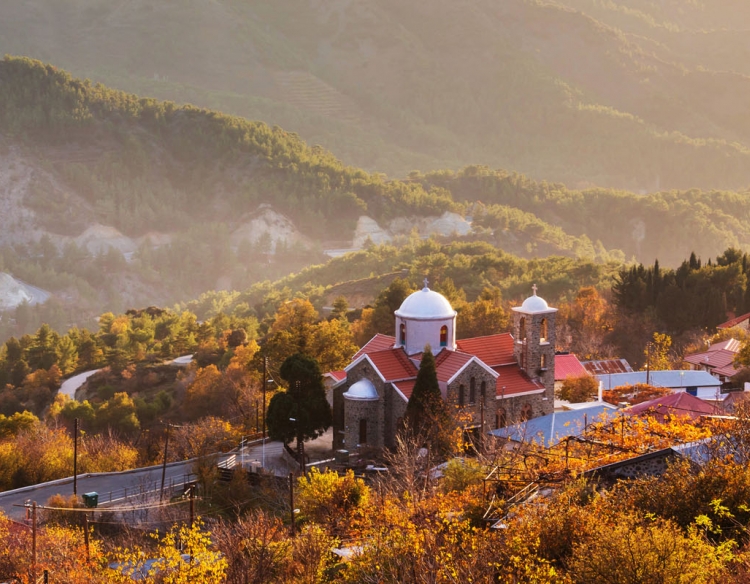 Fun
Where to go and what to do in Troodos
Ancient monasteries and churches, mountain villages, quadricycles and a ski resort
21787 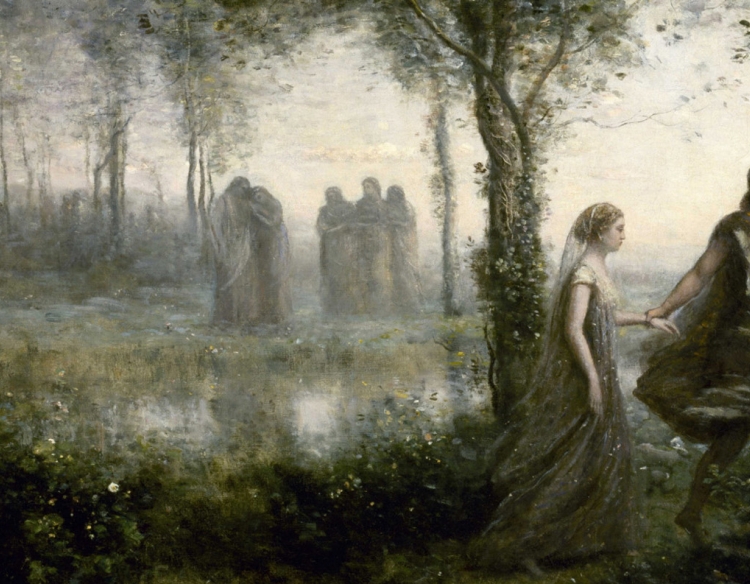 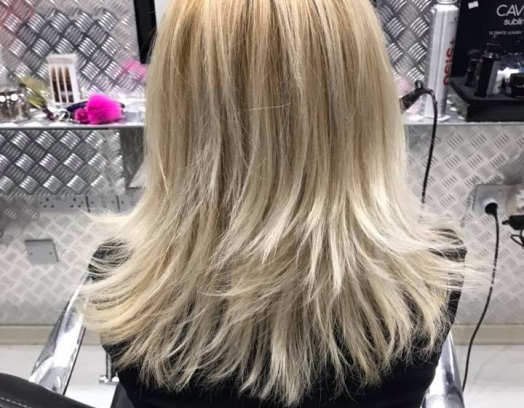 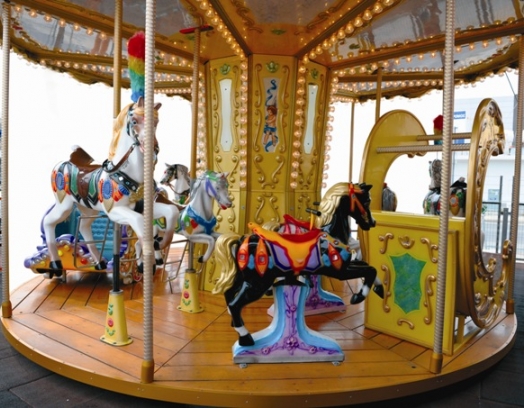 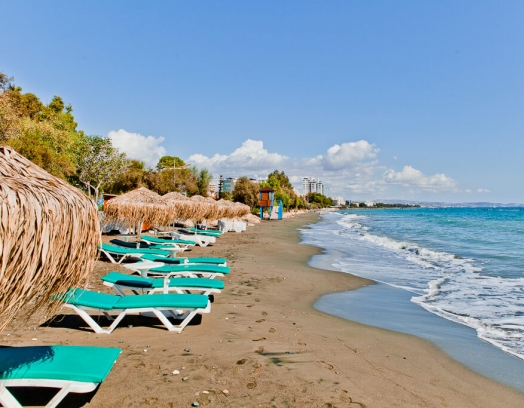