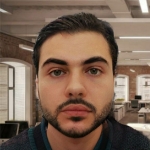 There are two types of amusement parks in Cyprus:
1. Modern amusement parks with really cool attractions;
2. Small Luna Parks with three carousels, a pair of old-school coin-ops and a cafe.

Well, the number of parks in the first category is literally one but you can find plenty of the second type. The perspective doesn’t look bright, I know, but if you are travelling with children who’re pleading you to take them to Luna Park this article is for you. Where to go, what will you find there and how much will it cost — all the answers will be given below.

Where: in the very heart of Ayia Napa on Nissi Ave.

What’s inside: Parko Paliatso Luna Park is the one of that first type I told you about. It really looks like one of those amusement parks you are used to see everywhere in Europe and in the big cities like Moscow. Here you will have enough activities to amuse you either if you’re a kid under 6 or an adrenaline fan in your 50s.

At your service there are 24 attractions, 5 of which will surely give you a thrill. Let’s take a closer look at them:

“Sling shot” — the most expensive, tallest and scariest of them all. Passenger capsule with two of you is being flung skyward from the bottom of fake volcano at 70 km/h to a height over 80 meters. The capsule is attached to two towers with specially designed extension springs. The whole construction may remind you, well, a slingshot, with one small addition — you are the projectile for it. Frightening, huh?

For extra pay you can get a t-shirt or/and a short video with your flight documented for you.

“Looping star” (a roller coaster) — relatively small attraction with one vertical loop and a few steep slopes. One ride is about 3 min long. The ad proudly says “Enjoy one of the most breathtaking rides in Europe” but they can’t trick us, right? Anyway this attraction is quite good especially if you don’t compare it with the Disneyland or the PortAventura Park in Barcelona.

“Ferris wheel” — a good old classic with a height of 45 meters (approximately twelve floors building). An ordinary attraction, nothing special.

“Booster” — another strange thing from the second-rate sci-fi movies. Looks like a giant stick with two sets of two seats at the each end. The stick rotates perpendicular to the ground at the speed of 100 km/h making its passengers scream out of euphoria and fear. Its maximum height is 45 meters; the “travel time” is 1 min and 30 seconds.

“Street fighter” — very poetical name that explains nothing at all. This attraction is similar to “Booster” with the difference that it’s way smaller and the seats are only on the one side of the stick. The seat assembly can swing through 360 degrees during your “flight”. All ride is about 3 min long.

“Wild mouse” — one name more that says nothing to anyone. This family attraction is one of the newest, opened in 2019. Let’s say it’s kind of a roller coaster where you are riding inside separate cabins shaped as cups instead of common train. The track work is characterised by many flat turns and bunny hops. There’s no vertical loop but the cabin itself is spinning in all directions.

“Crazy frog” — is a carousel with cabins jumping up and down. The whole thing is spinning forwards at first and then backwards. The attraction is relatively small but funny.

That’s where the list of cool attractions comes to its end. There are also bumper cars (for kids and for adults), a roller coaster and a Ferris wheel for the small children, 5D-cinema booth, trampolines, several Merry-go-rounds and hit-the-cans-with-a-ball kind of stalls. May be it’s not enough to impress you but at least it’s fun.

Okay, let’s move on to the food section. Parko Paliatso Luna Park has got a restaurant with a playground on its territory as well as few bars and food kiosks. And by the way one of them sells chocolate-covered strawberry on a stick. If you have never tasted it — you should definitely give it a try, it’s delicious! The price for one stick is 3 Euros. Useful life hack — better buy it in June because it’s made of fresh strawberries not frozen as in July and August. The taste is also good but not so rich.

Prices: an entrance ticket includes all the rides and attractions. Its cost is 35 Euros. Please, note that if you are buying an entrance ticket you can ride “Booster” and experience 5D-cinema without additional payment only once. “Sling shot” will cost you extra 10 Euros.

There’s an option for buying tickets separately for each attraction. You have first to change your Euros into “local currency” named “Tokens”. Exchange rate is 1 Euro = 1 Token.

Another attractions will cost you from 1 Token (for small children) to 4 Tokens (5D-cinema and bungee jumping).

The park is quite good actually. Considering the fact that there isn’t another amusement park in Cyprus at this level we would think of it as the best one.

Where: in the very center of Ayia Napa not far from Limanaki Beach.

What’s inside: it’s super easy to find this park in Google maps. Together with Parko Paliatso Luna Park it’s marked with the same sign and seems to be as good as the first. That’s not true, to put it mildly. You can find here a teeny-tiny Ferris wheel (4 meters high), few trampolines, mini train ride and a pair of carousels for kids under 5 years old. That’s all, folks. I’m sure that some kindergarten would give anything for it but it’s really not enough for a place called itself a Luna Park, even when we’re talking about Cyprus.

However this place may suit you if your only desire is to sip your coffee in a thirty-minutes-zen atmosphere when your kids are busy riding all the carousels. I certainly see no other reason to get here, considering that Parko Paliatso Luna Park is in walking distance from it.

Prices: the cost of one ride for each attraction is 1 Euro.

Where: in Nicosia, Engomi municipalty, not far from Cyprus Buffer Zone.

What’s inside: another mini Luna Park. I can say the following about the attractions: there are quite good bumper cars and one carousel. The end. Apart from that you can play various coin-ops and eat an ice cream at the café. If you want more attractions it’s definitely not the place you are searching for.

Prices: here’s also a Token system. The exchange rate is 1 Token = 1.2 Euro. One ride on each (of two) attractions will cost you 1 Token.

What’s inside: when you see this amusement park for the first time in your life you may have only one question: who in the world would need it? Trust me, you will get used to this feeling and even start to think it’s one of the best.

First it has got plenty of attractions:

1. Its “Ferris wheel” is quite small but adds up to the atmosphere of the whole place.

2. “Drop tower” is here to give you adrenaline boost during your free fall. It’s a large vertical structure with a gondola that is lifted to the top of it and then released to free-fall down the tower.
Unfortunately it’s not high enough to be really scary. Do not expect too much of it.

3. “A Pirate Ship” is another extreme attraction. The giant ship swings back and forth as a usual swing. In my opinion one ride will be more than enough.

Despite its modest size (you can literally visit all its corners in 40 seconds) this Luna Park becomes very crowded in the tourist season. People give it an atmosphere of fun. A small café is another plus 5 points to Gryffindor.

Where: on Larnaca promenade.

What’s inside: this Luna Park, if I understood it correctly, is an addition to the café situated nearby. By the way Hobos Steak House Google ranking is 4.2 according to 436 reviews. Not bad.

Here’s the plan: you come to Hobos Steak House for a nice meal and relax meanwhile your kids disappear from your view for a half an hour. What can they do in the Luna Park? There are bumper cars, carousels, swings and a small roller coaster at their service.

Hobos Amusement Spot is even smaller than Oasis Luna Park but it achieves the goals it sets.

Where: on the seafront promenade near Rikkos beach.

What’s inside: the description says it has 22 attractions. Sounds promising. Does this mean it’s as big as Parko Paliatso? Alas, I can compare this Luna Park may be with Oasis in Limassol. The most part of attractions is boring, some of them I even wouldn’t call attractions at all. Add to this small size, 40 seconds will be enough to go it through.

1. “Ferris wheel” is about 40 meters by eye. Because the whole amusement park is situated on a field, the Ferris wheel looks beautiful at night even from a distance.

2. “Caterpillar coaster” — some kind of a roller coaster without vertical loops; the train looks like a giant caterpillar, attraction mainly for children.

3. “Blizzard” — is a quite small carousel with the cabins moving wavelike. Nothing super exciting.

4. “Mini dance party” — is one of the extreme attractions where the cabin with you inside is flying in all directions. Not bad but I wish the whole thing was higher.

5. “Jungle train” looks like a common railway for children. The funny thing about it you don’t just ride it because you have a squirt gun. Your task is to shoot the plastic animals staying near the road.

There are also bumper cars for adults and for children, the track where the kids can ride an electrical motorbike, few carousels, coin-ops, 5D-cinema, trampolines and a café.

Pafos Luna Park is in high demand; there are always people inside, all the attractions work even at night. I may say for the whole Cyprus this Luna Park is in the second place in size and the number of attractions after Parko Paliatso Luna Park. Of course you won’t be blown away with fun but if you are staying in Pafos and haven’t got the slightest intention to drag to Ayia Napa through the whole island it might look like a tempting alternative.

Other attractions will cost you from 1 to 4 Euros. This Luna Park is using pay-one-price scheme too: for 25 Euros you can enjoy all you want with following exceptions: this type of ticket allows you two rides for bumper cars and motorbikes and only one visit of 5D-cinema.

Google maps may convince you it is working one but at the time of writing (August 2019) it is under construction. Based on my observations of what is happening behind the fence, and it’s happening nothing at all there, the construction will take some time, so, pay attention.

Another ghost Luna Park shown on the map as working. In the reality there is only wasteland surrounded with a fence. Okay, not only wasteland to be precise, there’s a car wash with a small playground nearby.

Please note that not all Luna Parks in Cyprus were described in this article. Some of them are called Luna Parks but actually they aren’t. We decided not to include places with children’s slides and a few coin-ops in this list because the term “Luna Park” means it should be attractions there.

Well the whole thing with the amusements parks in Cyprus is quite pessimistic. Hope the entrepreneurs will pay more attention to this part of tourist industry one day especially since each of the Luna Parks I’ve told you about is crowded like some Disneyland.

But until then you will have to choose between what is on offer for now. 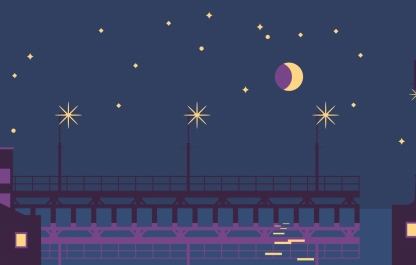 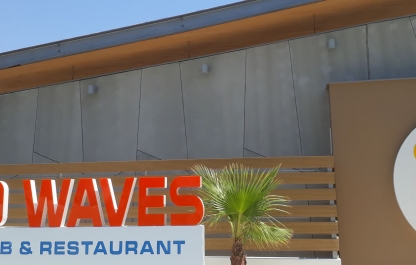 Fun
Amusements on Offer at TwoWaves Club in Cyprus
1391 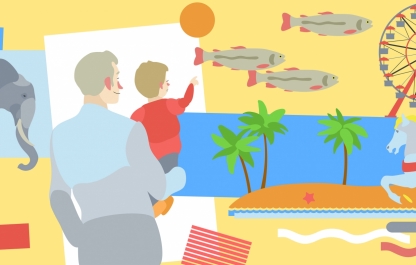 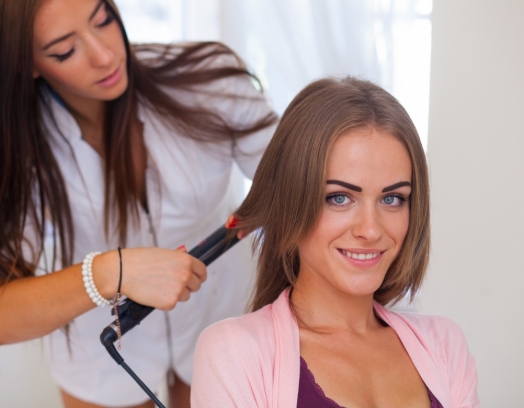 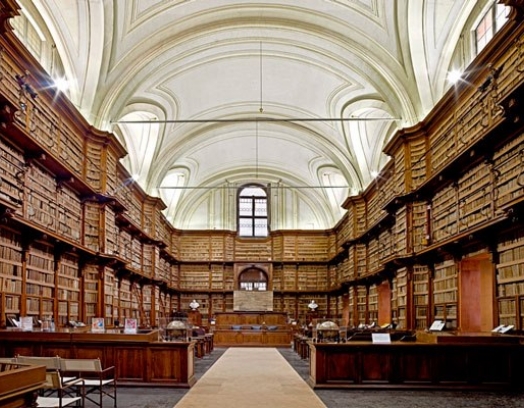 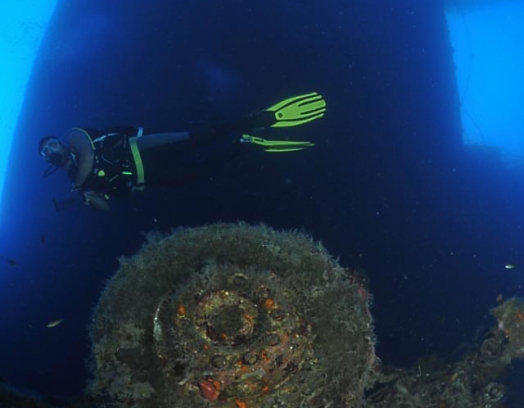 adventure park
Zenobia Wreck, Larnaca
Zenobia is a Swedish ship that sunk close to the...
2824 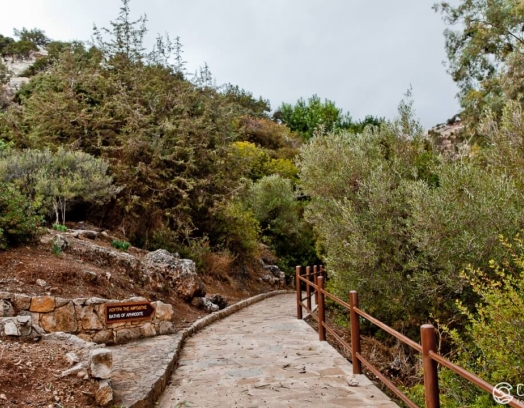