If you’ve ever dreamt of picking mushrooms in Cyprus but never known where to head, how to gather them or where to start, then this article is for you. A mushroom picker with 20 years of experience tells us how he’s been rediscovering the art of picking in Cyprus.

Hi! Three years ago, I moved from Russia to Cyprus. I was well aware that there was no deficit of mushrooms in Russia. As for the case in Cyprus — that was completely unclear. The only thing for sure was that I’d have a lot of things to learn anew.

As an experienced mushroom picker, my first port of call was to plunge into… no, not the thicket. The internet.

Information about mushrooms was like hen’s teeth. A lot of what I did find proved to be irrelevant and outdated.

One particular thing I learnt, however, concerned the annual mushroom seminar held in Platres, where you can present your picks and obtain information about them. Incidentally, in all my three years here, I’ve still not been able to clarify where this holy sacrament takes place, or whether it even happens at all.

I also discovered that it’s worth looking for mushroom spots in Kyperounda and near the “Platania” campsite, where I decided to begin.

I travelled around up and down Platania. Mushrooms are encountered nearby the main roads and directly in the picnic zone. Alas, I didn’t come across any in places where the wilderness reigns supreme.

As we well know, mushrooms love to absorb the chemical substances in their surroundings. Although Cypriots aren’t averse to “hunting” in such places, for me personally, collecting mushrooms next to motorways isn’t all too good an idea.

It turned out to be even worse with Kyperounda. I didn’t even find any forest, never mind mushrooms.

I decided to take further action on my own. After two years of weekly excursions, fortune smiled upon me! Now I have something to share with you. I’m going to offer an in-depth guide for novices on how to collect mushrooms in Cyprus!

What’s essential when picking? Naturally, the mushrooms themselves. You need to know which ones are edible, which aren’t so much and which absolutely must not be eaten. Hundreds of the most varied types of mushrooms grow on the island. But you don’t need an encyclopaedia of knowledge to gather a basketful and cook yourself a splendid, aromatic dinner. A basic understanding is enough. So, here is a hit-parade of mushrooms worthy of putting into your basket:

Number 1 — Suillus luteus (“The Slippery Jack”) — The most common edible mushroom on the island, and one of the tastiest at that. Useful in any form, with no dangerous or poisonous twin counterparts, so you can pick slippery jack without any fear of getting poisoned. In contrast to Russian Slippery Jacks, the Cypriot counterpart loves to grow collectively (like our honey fungus). I found one such “grouping”, and that was already enough for a panful.

Number 2. Milk Caps. A mushroom for the connoisseur and experts to cook. Rarely encountered, it grows, by and large, high up in mountainous areas. You’ll be covering more than a kilometre of the forest to get yourself a small bucketful.

3rd Place. The white mushroom. This type is very rarely encountered. It also grows at high altitudes in the mountains, mainly under the golden oak tree. Deliberately setting out into the forest for white mushrooms is an arrogant move. On the other hand, if you found the beauty that is the porcini in a forest, could you really pass it by?

4. The Saffron Milk Cap. A tasty, red mushroom, with a bright orange cross-section. The main and only love for Cypriots, who don’t even acknowledge other fungi. Partly because of this love, coming across these mushrooms is also no easy task. Competing Cypriots will be waiting for you behind every tree. I reckon the locals know literally every place where saffron milk caps can be found. You can try to compete with them for another type of mushroom, but you’re unlikely to succeed.

5th place. The Morel. Despite its disparaging name, this mushroom is considered a delicacy and often used in haute cuisine. The morel is unique for many reasons. Firstly, it doesn’t grow in the forest, but in fields. Secondly, unlike like all other mushrooms, the morel foraging season doesn’t fall in November and December. They choose to appear from under the ground in Spring — in April.

Now for another hit parade. Mushrooms which you ought not to pick:

1. Any mushroom you have your doubts about. It’s important to remember that some mushrooms exist which are utterly mouth-watering to the eye. Still, one sting from them entails irreversible consequences for your body. Consumption of forest mushrooms is always somewhat of a risk. But if you approach this activity responsibly, then that risk is negligible, roughly the same as the likelihood of you getting food poisoning from mushrooms bought in a shop. But picking mushrooms all over the shop is an extremely dangerous game. All it takes is one poisonous mushroom lying in your basket with the edible ones, and your whole pick is compromised.

2. Field mushrooms. There’s also enough of them in Cyprus. And their supermarket counterparts are no match for the far more pronounced aroma and flavour of the forest variety. Though the field mushroom is delicious, if you’re not a professional forager, I’d recommend you refrain from picking it, since there are countless variations of this type. And many of them are poisonous (see the foot below). Without the specific skillset — making a mistake here is like shooting fish in a barrel.

3. Russula. On the one hand, this mushroom doesn’t possess any distinctive flavours. On the other hand, modern guides attribute the standard russula, or more precisely some, of its forms native to our island (which even has the name super dangerous), as poisonous. Not hugely toxic. But why embark on unnecessary adventures?

4. Old and worm-eaten mushrooms. It often comes about that we find some huge boletus and are powerless to walk past it. How can you walk past this strapping fellow when it alone weighs half a kilo? Meanwhile, in the majority of cases, these giant mushrooms are already “heroes in retirement” and have accumulated toxins within. Here, as our grandmothers say: “less is more”.

So, we’ve got to grips with the types of mushrooms. What else is important for pickers to know? The time, in other words, the season to collect mushrooms.

As I’ve said above, the morel season occurs in April, lasting, by the way, for only 2-3 weeks. You need to be quick if you want to feast on these magnificent specimens.

The picking season for the remaining edible forms (in Cyprus, not in general) begins in late November and lasts until the new year. But these periods are highly conditional and dependent on a multitude of factors. Air temperature, humidity levels, fog levels etc. There are times when the picking season doesn’t come about at all, as was the case in 2017. The mushrooms didn’t like the weather and didn’t want to sprout. On the contrary, in 2018, they appeared in places you’d never seen them before.

One of the crucial factors for seasonal periods is the height above sea level. As a rule, mushrooms which grow high in the mountains appear first, as rainfall is more frequent and the heat subsides more quickly. But the picking season in the mountains ends earlier and faster, because the temperature falls rather quickly, reaching limits in which mushrooms don’t grow.

The season on the lowlands near the coast, on the other hand, begins later but lasts longer.

Another fundamental note when picking mushrooms concerns the sprouting spots. I’m guessing you’re waiting for me to reveal the exact locations of where they grow? And rightly so! All will be revealed, of course. I won’t say anything about Prodromos and Platres, since whole herds of pickers “graze” in these places, endlessly trampling on everything in their path. Even finding a poisonous sort which nobody has stepped on is simply a miracle here.

I’ll now reveal to you the places where I’ve picked bucketfuls of mushrooms on more than one occasion.

The first line of business, in my opinion, is not to look to the majestic Troodos, as though shouting somewhere from above: “The mushrooms are here!”; But to the more coastal areas. For example, you won’t believe it, but you can pick yourself a decent harvest in Pissouri. Drive to the end of the 28th of October street, and all you will see around are spots of mushrooms. The odd pine needle, the bare land — it doesn’t look like a place for mushrooms. However, slippery jacks grow here. Picking them isn’t very interesting in my eyes, as they can all be seen from afar. The foraging process differs little from that of strawberry picking in your garden.

You’re working without giving your back any let-up. But where is the fun in this process? By combing kilometres of forest, fixing your gaze to the ground and meticulously seeking out the secret knolls, hidden within thick grass or crushed by foliage. Still, if you’re a newbie or not a great fan of long treks through the forest, and you prefer to eat mushrooms as opposed to collecting them, then this spot is absolutely ideal for you.

Another exciting place is the flatland forest between the village of Souni Zanakia and Kouris reservoir. It’s a rather small forest: you’ve exited it as soon as you’ve entered. But there are small strips of dense thickets which are also full of slippery jacks.

Another appropriate spot is the Akamas peninsula. Yes, it’s far from the majority of the island’s main cities, but the silver lining here is the scenic surroundings, as well as there being no need to break your legs on rock faces (like in Troodos). There’s also the pleasant sea breeze.

There’s a decent flatland forest lying nearby the village of Neo Chorio on Akamas, but it’s densely occupied by local foragers. Two pickers to every mushroom.
If you drive further past the village and into the depths of the peninsula, the forests are sporadic and patchy. Some of these expenses are empty, while others literally have mushrooms at every step. You’ll quickly find a secret mushroom spot for yourself here.

For those wishing to find mushroom-picking spots on their own — I also have some advice. On the one hand, unlike wild animals, wild mushrooms don’t steer clear of people but gravitate towards them with all their mushroom powers. That said, the pickers, when leaving the forest, often sort them right there and then, throwing away the ones they don’t like. As a result, mushroom spores are actively scattered over roadside strips. Thus, from these two instances, we can draw one important conclusion: if mushrooms are growing in the spot where you’ve parked, then there are mushrooms growing in the forest. And vice versa. If there are no mushrooms, then there are most likely none in the woods. This piece of knowledge can save a novice “hunter” a lot of time.

So, now you have the necessary base to head out on, as pickers say, “a quiet hunt”, in Cyprus. All that’s left is to wait for the season.

I wish you luck and see you in the forest! 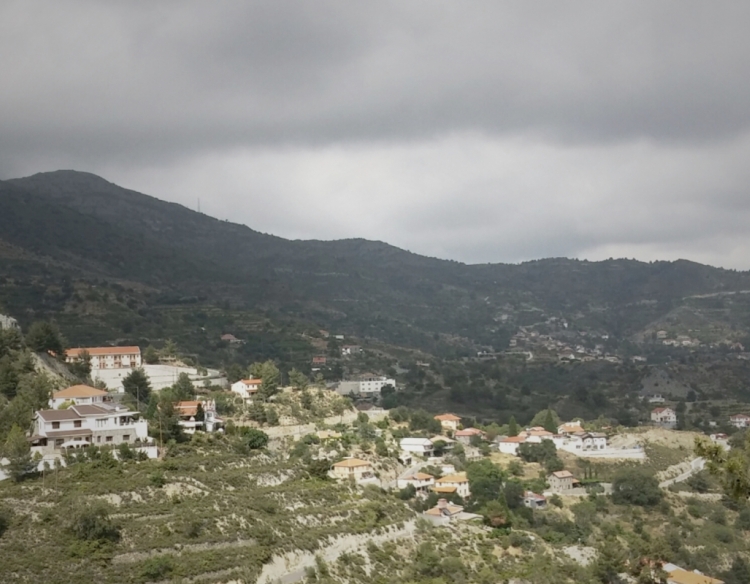 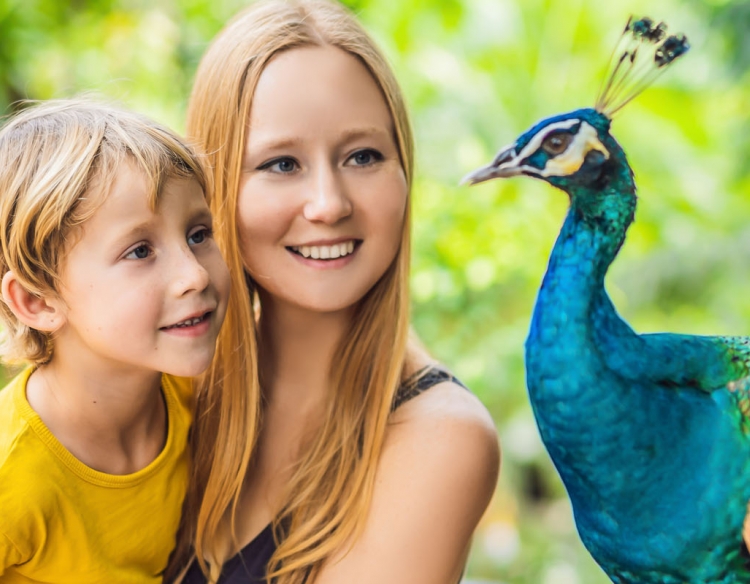 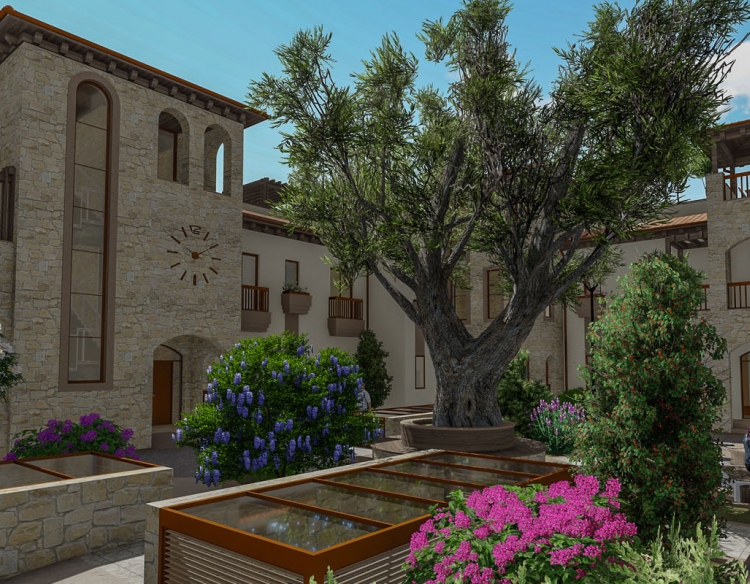 Special project
A Greek named Grek
Interview with an Architect
90 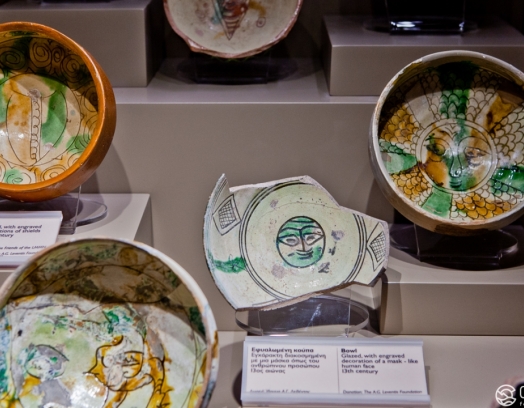 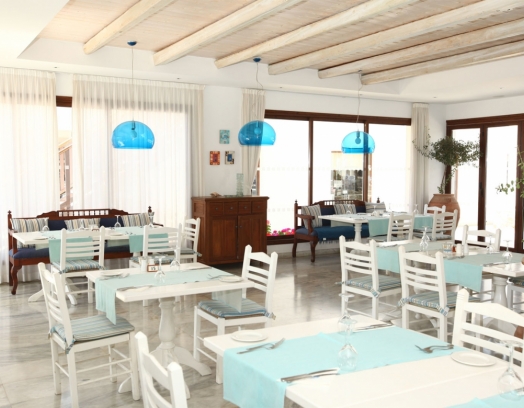 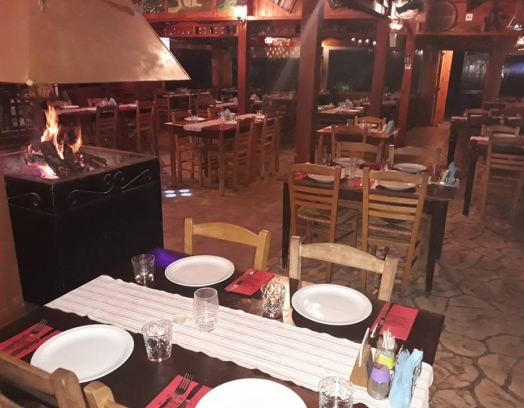 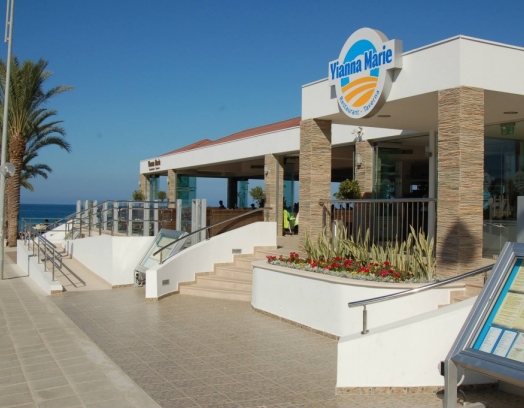