Stavrovouni Monastery, which is also known as the Monastery of the Holy Cross, is located near Larnaca (the easiest way to reach it is via the expressway from Limassol to Nicosia). The monastery was founded in 327 by Queen Elena, mother of Constantine the Great. A beautiful legend tells the story of its creation.

In 326 Queen Elena set out on a trip to Jerusalem in hopes of finding the True Cross. But no one could give her the answer. Finally, Elena met an old monk name Judas who on the third day of questioning shared his knowledge with her. He said that after praying at the Cavalry he felt the location of the cross, on which Jesus had been crucifies. Three crosses were found at the location that the monk identified. One of the crosses was the True Cross and the two others belonged to the men who were crucified next to Christ.

The True Cross was identified after placing all three crosses on a dead woman, who was miraculously resurrected after having touched the True Cross of Christ. Before leaving Jerusalem and heading for Constantinople, Queen Elena cut the Cross in two parts, leaving one part in the city, where it was found. On her way back the queen’s ship was caught in a storm and had to dock at Cyprus.

Then a miracle happened: in the middle of the night the part of the cross that Elena brought with her from Jerusalem rose above the island mountain known in the ancient times as Olympus. Legend has it that the cross shined a light over a spot where the monastery would later be built. Hence, the name of the monastery: Stavrovouni (where ‘stavros’ means ‘cross’ in Greek and ‘vouni’ means ‘mountain’).

Some of these events appear in the memoirs of a Russian monk Daniil, who traveled around the island in 1106, in the travel essays of Willebrand von Oldenburg (1211), and the “Chronicles,” published by a Cypriot writer Leontios Machairas in the 14th century.

Unfortunately, no other records or documents on the monastery’s early history remain. In 1197 when Cyprus was captured by the Crusaders, the monastery was handed over to the monks of the Order of St. Benedict who came from the Syrian monastery of St. Paul of Antioch. However, a few centuries later the Benedictine monks were forced to flee the island. And in 1613 the Christian Orthodox monks were able to return to the island.

But in 1821 during the Greek war of Independence the monks hiding in the monastery’s secret crypt were found and brutally murdered.

The True Cross – the monastery’s most important relic – was first looted by the mamluks (15th century), then the Vandals (16th century), and by the end of 16th century there is no more mention of the Cross. However, a piece of the Cross kept inside a cist, has survived all of the misfortunes, including the terrible fire in 1888 that saw the entire monastery burned together with the iconostasis and the monks’ cells. Some say that the monastery could be restored only thanks to this miraculous fact.

The monks who live in the monastery today follow the same strict daily routine that was introduced by the first archpriest – Dionisius. In 1988 the monastery stopped accepting female visitors and became cloistered.

A small three-aisled church with tent-shaped domes is considered the monastery’s highlight.  The three aisles of the church are separated by arcades, which rest on columns. The church is said to be untouched by restoration work and looks the same way it did in the 10th century.

On the inside the church domes are adorned with byzantine images of Christ Pantocrator and the Ascension. The intricately carved, gold plated altar wall features colors red, green, blue and gold that symbolize God’s presence.

The part of the Cross that survived the 1888 fire has been incrusted in the large Cypress Cross, located in a special niche to the right of the icon of John the Baptist. Next to the Cross is the image of the apostles Elena and Constantine together with the True Cross, which reminds us of the original story behind the emergence of the monastery.

At the end of the 20th century the church’s interior was decorated with frescos created by father Kallinnik based on ancient drawings. The frescoes portray Elena in royal clothing, her search for the True Cross and the Exaltation of the Cross. The church domes also feature scenes from Jesus’s life: His birth, Baptism, Transfiguration, Crucifixion, Descent from the Cross and Resurrection.

The monastery’s walls feature images of saints, while the narthex is decorated with images from the Virgin Mary cycle. The church is reinforced with buttresses and surrounded by a fortress wall. Entrance is possible through the second floor of an adjacent administrative building. Incidentally, the wooden floorboard in front of the entrance to the courtyard used to be a drawbridge.

Another entrance to the church, incorporated into the lower tier of the new bell tower (built in 1965), is located inside the small courtyard next to an ancient well. The northern part of the fortress wall houses a small secret chapel named after Constantine and Elena. The new cross-in-square dome church was built opposite the monastery entrance at the end of the 20th century. 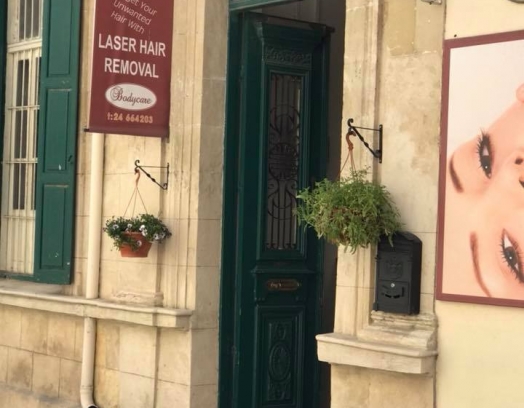 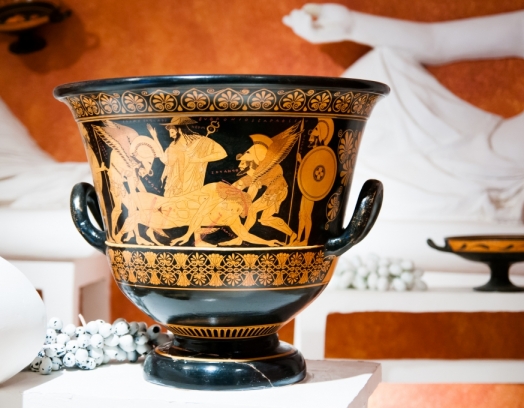 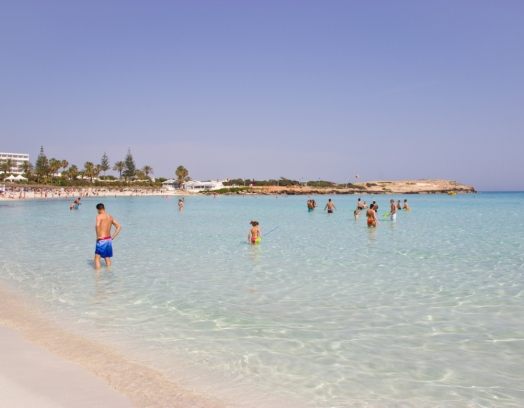 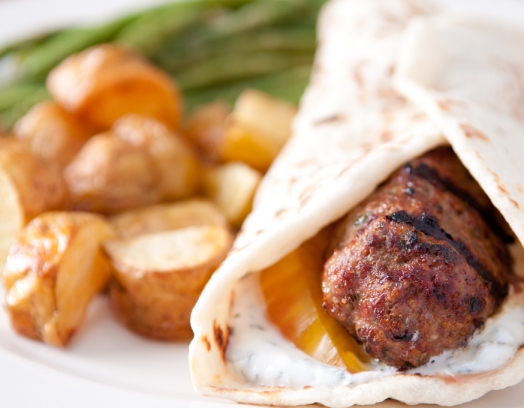 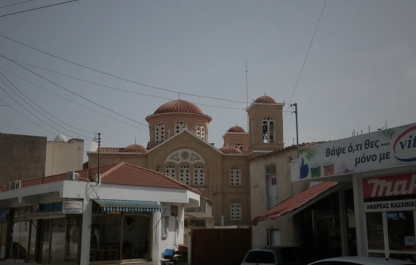 Special project
Mesaorian Gem: Athienou Village
One of the Oldest Villages in Cyprus
2351 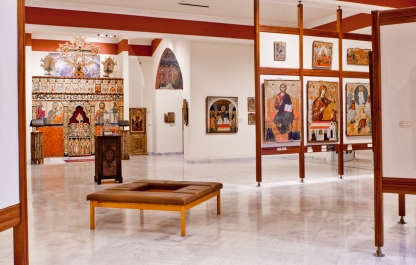 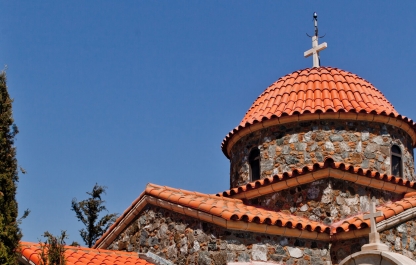