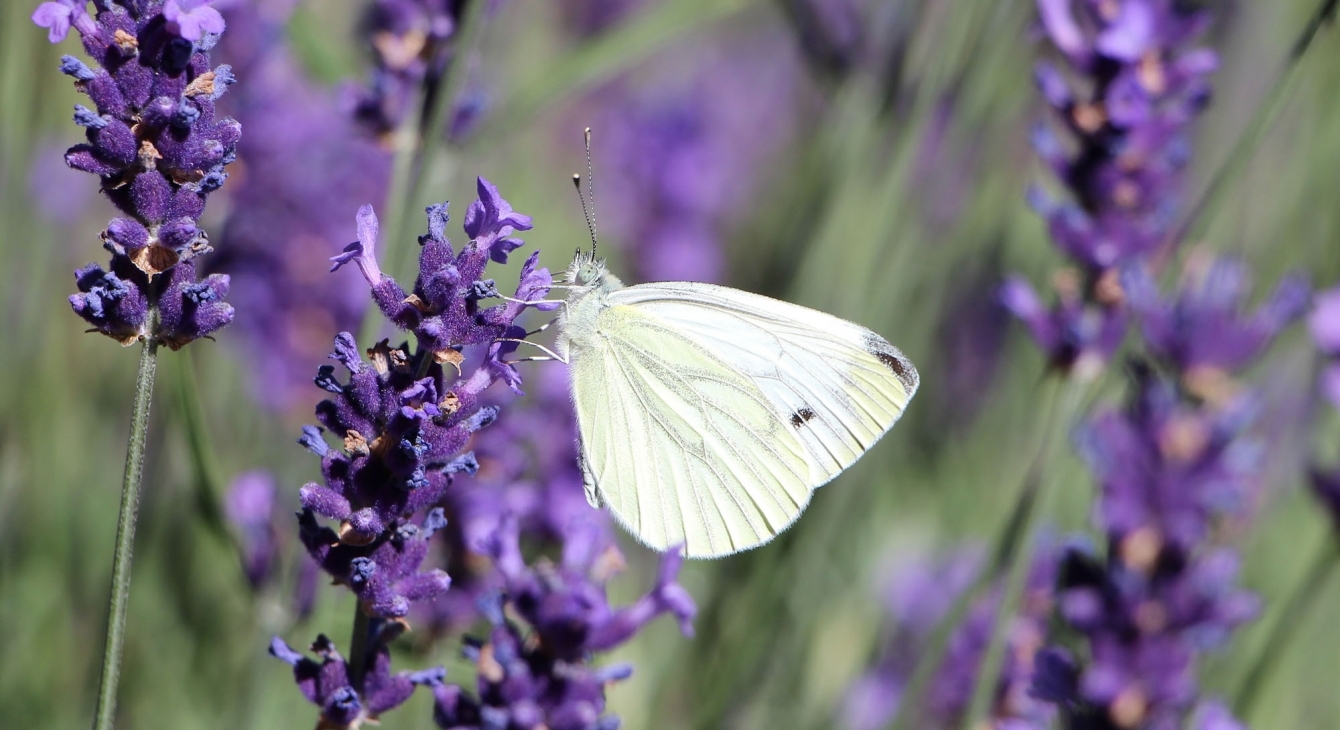 It’s not a secret that Cyprus with its warm climate allows to keep pets not only in the house but also outside, in the garden when it comes to various birds, turtles, fishes etc. However today we will not talk about them, as you might think, but about those representatives of local fauna, who are attracted by the plants and coolness of a green lush garden.

It could be so that not all of these species are welcome guests, despite their presence can often protect your green corner (or even your house) from many problems and you from the unnecessary costs. Anyway they are our “neighbours” who also live on the island — that is the fact you should accept at least.

Even so, why we decided to discuss this topic in the context of gardening and planting? Because the gardens of the islanders are often “under attack” of different insects during the spring and summer seasons. May be you have already “admired” the size and voracity of local grasshoppers. These insects with their chirping wings, flying back and forth, are often mistaken for locusts. Not to mention caterpillars, aphids and dead-nettle leaf beetles.

There is even an insider’s joke among the gardeners in Cyprus that sounds like that: “If no insect is trying to eat up your garden, you are out of the ecosystem”.

You might ask what should you do if your garden became an object of desire for too many insects? Especially in the case when you don’t have any neighbours and your lovingly grown plants look like a magical oasis surrounded by scorched earth with sparse dying shrubs and patches of dry grass.

First aid is always given by the nature itself.

Mother nature sends her helpers to us in the shape of birds, several kinds of predatory insects and lizards. We are gently asking you do not disturb them or chase them out of your garden, no matter if you like them or not.

As night falls you can hear nightingale trills in gardens and parks of Cyprus. At the daytime you can notice something flashing inside the flowering bushes — it’s olive-backed and meadow pipits tweeting in the branches and making their daily rounds, carefully picking up bugs and caterpillars from the leaves. Quick swifts are flying in the blue chasing after flies and loud sparrows are feeding in the fruit tree’s canopies or in the roses spending their days devouring insects that inhabit them.

Even quite big grasshoppers that developed a taste not only for roses but also infringe on thick and more harsh tasted geranium greens and several fruit trees can end up in their beak from time to time.

We got used to those kinds of guests until one day the diversity of different species in the area became more…diverse. That day I have got my “personal” owl (an Athene, genus of little owls, to be more precise). Probably it was the field mouse infestation, which occurred that year that drew her (or what is more likely, him, because that bird is quite big for its kind) attention. The situation became more serious with time: that was due to extensive building in that part of the city.

My neighbours also noticed, more than once, traces of mice (this time of that living in houses) and even saw gray rats sneaking in the backyards and sheds.

All these rodents that terrorized the neighbours disappeared soon after our alliance with that owl (by the way there weren’t any cats living nearby at this time). From then on our bird comes with a visit from time to time (I think he probably lives somewhere in the middle of an old town of our community) and patrols the territory from the air flashing with his eyes and hooting loud in the night.

During the daytime he is usually cooped up above my window under the sloping ridge of the roof so I can have a staring contest with him if I want. The common name of this species in Russia could be translated as “House owl” because it often prefers to nestle in human buildings. The sparrows, whose noisy families also choose some cozy spaces under the roof, stop their usual daily activities and fall silent for obvious reasons while the owl passes by.

It is interesting that apparently one of Cyprus organizations — Bird Life Cyprus developed so called Barn Owl Project in 2015 that is based on the ability of one of the Cyprus owl species to consume about 1200 rodents a year. They decided to use this advantage to fight against pests that threat agricultural industry as a less harmful alternative to rodenticides (chemicals sold for the purpose to kill rodents), which are widely applied on the island (up to 300 tonnes of bromadiolone a year). This kind of hazardous substance damages various agricultures including trees.

You can find more detailed information about the project to attract more birds in Deneia village here.

It is worth to mention that apart from the owl patrolling the area in the night, we also have some feathery predators for the daytime “shift”: a couple of red-footed falcons and sometimes there are even red kites flying in the fields. The presence of these birds had a favourable impact on the behavior of the doves that unfortunately live on the roofs too, and spend their days flirting loud and practicing courtship dances while richly covering all the surfaces…you-know-with-what. They were running rampant recently so the people couldn’t do anything about that.

The impudent birds keep quiet at the sight of predators (seems like they also have their nests somewhere close to our houses); it appears to be less of the doves too.

Dear friends, if you know that different birds (including rare migratory species) are visiting your garden, it would be great if you could take care of them in the summer season when the birds and animals in Cyprus suffer from lack of water.

Let’s make small birdbaths and water troughs. If you don’t want to buy them, you can always find all the diys and instructions on how to make them at home using what you have at hand on the Internet.

The main rules: the deepness of a birdbath should be about 5 cm and it should be placed out of the reach of cats (open place at an elevation).

If you are into birdwatching, plant a lot of flowering and berry shrubs and you will definitely make new friends who will get some rest and food in your garden fighting pests and singing beautiful songs in return.

However the presence of the birds in your garden is sometimes followed by one quite unpleasant phenomenon. They can hit the windows of your house by mistake when frightened by someone or something.

Try to prevent flying birds hitting your windows (the glass often has a reflective surface, which is convenient for the people but could be misleading for the birds, especially when they are chased by some predator at the moment).

Ornithologists advise to leave small stickers or stripes of aluminum foil on the glass or hang another small decorations outside on the window frames. They will move in a wind and keep the birds from hitting the glass and getting injured [1].

By the way different decorative elements placed on the roof, on the windows and somewhere in the garden could also help to chase away doves that are ridiculously gluttonous and are able to create a mess out of the most spotless areas when gathered in large number. Apart from that the doves are carriers of several dangerous microbes, parasites and bugs.

Well, everything is more or less clear with the birds, but what about the spiders? They also could be found in every garden, especially in the most shady and quiet corners and sometimes you can feel a light touch of the invisible strings flying in the wind on your skin.

The majority of spider species living in Cyprus are small harmless [2] and very helpful against garden pests (roll with it, arachnophobes!).

Do not forget that they “work” for you every day catching with their web a fair amount of insects such as mosquitos and flies that annoy you in the summer heat and no wind.

However some of those meetings and contacts with spiders could be very unpleasant, especially when you are living in the remote rarely visited areas far from densely populated cities.

Try to follow these simple rules while you are going outside to work in the garden to avoid an unexpected touch of a spider leg on your skin or, what is more serious, a sudden attack of frightened arthropods:

And now we want to talk about one more fauna species living in Cyprus that we observe from time to time in our gardens.

Chameleon: it eats insects by catching them with its tongue and performs that with perfect accuracy. Its eyes are rotating in different directions relentlessly looking for gnats. These lizards are also acknowledged pros of camouflage colour changing when it comes to mimicry in the environment.

Both some locals and foreigners who live in Cyprus for a long time keep chameleons as pets (you can find a lot of photos with them on Facebook).

Kotshy’s gecko — it’s a very quick moving lizard of sand colour you definitely met many times at different places, both in the cities and in your garden; those little fellows are running around everywhere on the island.

Mediterranean house gecko — is the smallest lizard in Cyprus and one of the most widespread species around the world. You might have seen them even at home no matter if you are living in the city or in the village. When the gecko is young, it has pink semi-translucent skin and big black eyes. It likes running on the ceiling, chilling in bathtubs and hunting in the kitchen.

Stellagama (also known as starred agama or roughtail rock agama) — Cypriot call it “kourkoutas” (Greek κουρκουτάς). The biggest lizard on the island, a big fan of wastelands and stone piles stellagama can visit your garden as well. Despite the size it’s quite shy and friendly.

Few stellagamas settled down in our garden too. You can always see them going around, stopping here and there, sitting proudly on the rocks heated by the sun or hear them in the dark rustling somewhere in the bushes. However they are running away, lickety-split, along the wall the moment they realize you noticed them.

Actually, I don’t know if these guys are able to feel any attachment to the humans, but these seem to be used to us. Sometimes we found them peeking through the windows with curiosity and the next second they were already hasting back into the rosemary thicket.

Apparently, kourkoutas feed on insects, mainly on spiders, bugs, ants, snails, slugs or even field mice, what is a benefit for the garden plants and the entire area.

Well, that’s how the daily meetings with the nature look like for those who decided to pick gardening as a hobby.

As all these creatures might say: you’ve got a garden? Well, the party doesn’t start till we walk in!

Stay with us and until new meetings!

[1] “Helping Garden Birds” — an article published by BirdLife Cyprus — an organization dedicated to conservation of birds and their habitats on the island of Cyprus could provide you with a lot of detailed information and useful contacts in case you have further questions or need a professional help: www.birdlifecyprus.org.

[2] We will be honest and warn you that there are 4 bigger and poisonous species, which bites are painful but fortunately not fatal. You can read more about them here.