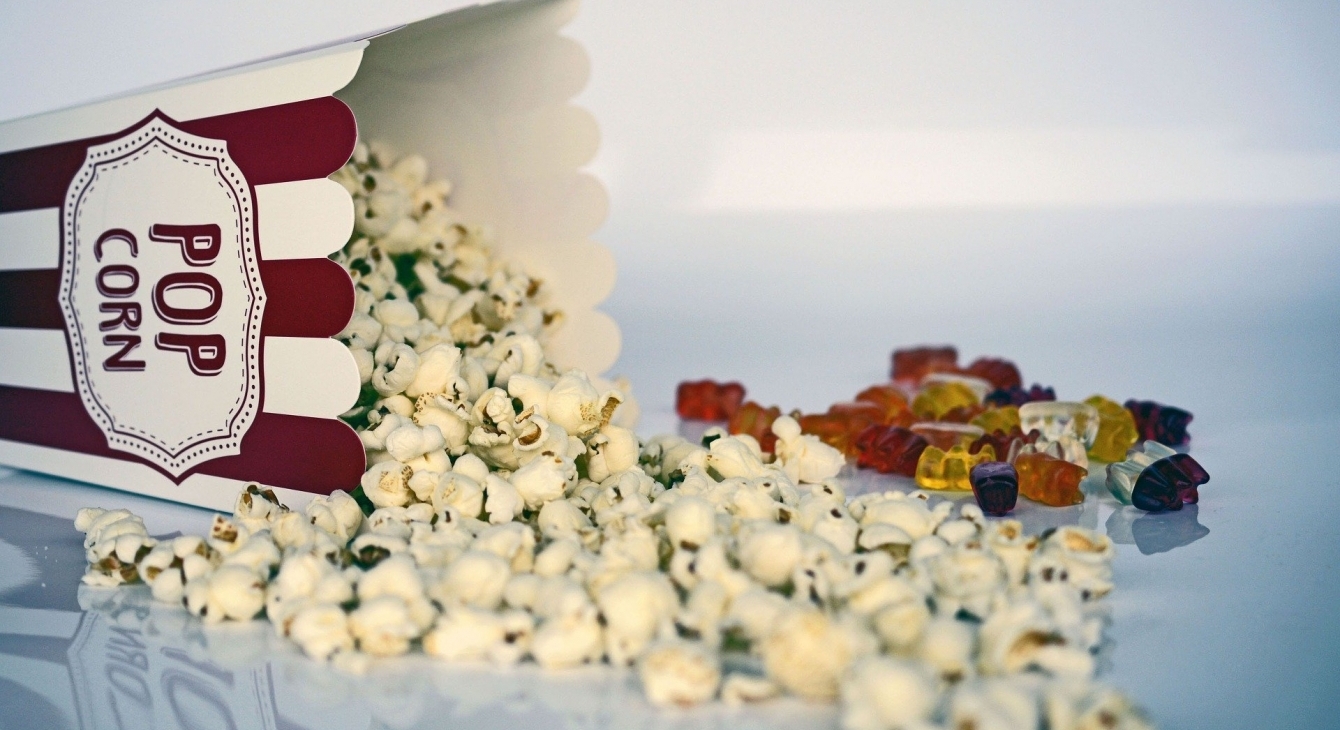 Here comes Dece-e-ember. We are about to enter the holiday season, in which magic is in the air. What presents will the viewers get from the film industry this month? Fiery musical, new touching animation film from Pixar studio and that’s not all! Are you already interested? Read the review for more details.

Alison is a movie director experiencing a writer’s block. She moves to the solitude country side to leave behind her checkered past but she discovers that the forest awakes her inner demons in the most unexpected way.

Herman J Mankiewicz is a famous Hollywood screenwriter, critic and journalist. Together with Orson Welles he works on the “Citizen Kane” in 1942. The movie will tell the audience about his creative and private life, his ups and problems with alcohol.

Fern is an ordinary woman at the threshold of her sixtieth birthday. She is out of a job when the only factory in her city closes down because of the economical crisis. Everything Fern could do now is to pack up and go on a trip from State to State in search for a seasonal job.

Lieutenant Artemis and her elite squad get to a parallel world through an inter-dimensional portal. This world is ruled by dangerous monsters, which don't like strangers walking their territories. To survive and find the way back home, Artemis and her team have to team-up with the Hunter, who learned how to live in this unfriendly place.

The movie plot is based on a famous RPG action game.

It’s a story as old as time: a boy meets a girl, they fall in love and decide to get married. But the series of happy events is interrupted by a tragedy — he was diagnosed with liver cancer and has not much time left. Despite that fact, the lovers want to have the wedding no matter what.

Based on a real story.

Renato is living in Mexico and occupies a senior post in the aviation branch. His father left the family when he was a kid. When the father dies, Renato comes to US and finds out he has a step-brother — free-spirited Asher. Together they take a trip from Mexico to US they father had once.

Elyse is one of the therapist Dr. Levis patients. Hallucinations and memories intertwine in her life while she is trying to shut out the reality, in which she got a severe trauma.

Security organization Chaldea was founded by wizards and ordinary people in order to predict the future of humanity and prevent it destruction. The year 2016 expected to be the end of the humankind. To change the future, Chaldea uses its experimental invention for time travelling and sends two of its staff into the past.

Fate/Grand Order: Camelot — Wandering; Agaterám is a continuation of the movie series, based on a popular smartphone game. The story would carry us in 1273 and tell about the crusades and the Knights of the Round Table.

Guy is an ordinary inconspicuous employee of a large bank. His life is perfectly ordinary too: he has a goldfish named Goldie, a best friend named Buddy and has a crash on girl he doesn’t dare to confess to. One day Guy finds out that he is only an NPC in an online game. How it would change his life? Could he become a main hero?

1970es. Jean is a happy wife and young mother. But her husband business is not legal — he is working as a thief. After the next heist he betrays his partners in crime and goes on the run. Now Jean and her baby have to hide and she learns how to protect her family.

A tiny conservative town in Indiana. A troupe of self-confident optimistic theatre actors decides to support a high school student girl, who was banned from entering prom with her girlfriend.

Adrienne and Matthew are a married couple, who recently got a baby. Meanwhile they are going through some kind of breakdown in their relationships. During one of the arguments they get in a car accident and Adrienne dies. She is a ghost now and everything she can is to observe how their beloved once live without her. But the destiny gives her a chance to fix everything.

Anthony and Rosemary are living in the neighbourhood farms in a fairy tale Ireland. Seems like they are meant for each other but there are a lot of tests on the road towards their happiness — family conflict and another suitor from New York.

Anthony is not in early youth but he denies this fact and refuses any assistance his daughter would like to offer to him. In his attempts to get used to his changing life he begins to doubt not only his relatives but also the reality that surrounds him.

Akeem got the news that he has a son in US. He decides to return to America and find the possible heir to the throne of Zamunda.

Chicago, 1927. Ma Rainey is “mother” of blues and a living legend. But her career is at risk because her managers want to take rights to all her songs. Levee, a horn player, decides to take Ma Rainey’s side hoping she will help him with his career.

The movie, based on Pulitzer Prize winner August Wilson’s play became the last one for Chadwick Boseman.

Death on the Nile

A young socialite is murdered during a cruise on a luxury liner. Hercule Poirot, a famous detective must to terminate his holidays and investigate the case — because literally everyone from victim acquaintances has a motive to kill the girl.

The film is based on a self-titled novel by Agatha Christie.

Premiere of the movie was postponed due to Covid-19 pandemics.

Middle-aged astronomer Augustine lives alone in Arctic. An unknown disaster destroyed the humanity. At the same time a spaceship with a crew on board commanded by Capitan Sullivan is heading to Earth. Augustine has to avert they return back to Earth to save the rest of the mankind.

One Night in Miami

It’s a fictional story about the meeting of Muhammad Ali, Malcolm X, Sam Cooke, and Jim Brown in a hotel room, where they gathered to discuss their roles in the civil rights movement and cultural upheaval of the 60s.

1980-e. Diana, a warrior from a hidden from prying eyes island called Themyscira, is dragged into a new adventure connected with her friend Barbara Minerva, a businessman named Max Lord and also with her past that will remind about itself in a way she would never expect.

The movie premiere has been already postponed several times because of the Corona.

1950es. Sylvie is working at her father’s musical shop, waits for her fiancée to return back home and dreams about getting a job on TV. A talented saxophone player Robert gets a part time job at the same musical store. The relationship between young people starts as friendship that turns into love. But it comes to end with the beginning of autumn.

Years later the lovers meet again. Their lives changed dramatically but the feelings remained the same.

Joe Gardner is a school teacher and musician, who dreamed for a long time about playing jazz on a big stage. He manages to impress with his play famous jazzmen during the performance at Half Note club. But his plans are crashed in a car accident, because of which his soul is separated from his body. He goes to the place, where souls are born and get their personalities. With the help of Soul 22 he tries to get back to Earth before his body dies.

Young student of a respectful college — Cassandra is incredibly intelligent, so many predict a bright future for her. But one tragic accident changes her life completely and now she wants to get back at those, who spoiled her future.

News of the World

A Civil War veteran travels the country telling people the news from all corners of the world. In his way he meets 10 years old Johanna, who was kidnapped by Kiowa tribe years ago. He agrees to deliver the girl to her relatives but they will face grave dangers on this journey.

Josee to Tora to Sakana-tachi

Tsuneo lives an ordinary student life and doesn’t care much about give it a lot of meaning. One day he gets to know Josee, a dreamer, who is stuck in a wheelchair. This friendship makes Tsuneo to look at his own life differently and change the way he thinks about it.

Somewhere in the world there is a city, which has never seen the sky. It’s full of pipes, which smoke all the time. On the Halloween Eve a courier loses a heart he supposed to deliver. Abandoned in the trash, the heart keeps beating and gets a body and a soul one day.

The Lady of Heaven

Two stories separated by a half thousand years. A child from Iraq, who lost his family in the war, learns the importance and power of patience by discovering Lady Fatima’s story of life.